John Leggatt is the founder and the General Manager of the the Door Doctors. Born in western NSW and raised the old fashioned way. After his time in the Army was over he found himself in Sydney ready to return to the bush. The Sydney Olympic games was under construction and he started working for Trevor Roller Shutters. He left Trevor’s to work under Les Sutherland’s guidance at Express Doors. Les started with B & D in the sixties, he then went on to be the preferred contract installer at Thompson’s Roller Shutters the best industrial manufacturer in the country. Family reasons and the love of the quiet life saw John relocate to Brisbane in 2005. After a stint as the service manager at Ideal Doors he went back contracting to Airport Doors. In 2009 John started the Door Doctors as 1 man and a ute, in 2018 Door Doctors boast 9 full time staff members and two electrical contractors and well the rest is history.

Anita and John first met at I Deal Doors. After leaving I Deal Doors to start her family, she returned to the work force in a part time role to do the book work at Door Doctors. Still studying and doing courses the whole time. As the company began to grow and the work load increased John coached her back to work full time. As the Door Doctors continued to grow and John was more restricted for time in the office, Anita become more involved in the general day to day running of the business. 5 years on and she is the engine room of Door Doctors. Taking the daily running and the administration of Door Doctors to a whole new level. With the employment of Steve and Allison to complete the team, rest assured when you are dealing with Door Doctors you are in good hands. 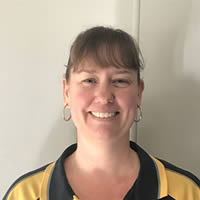 Mark started in 2007 as an 18-year-old labourer when John was doing contract installations. With a long association in the door industry through his father, Mark has seen every angle of the industrial door game. From assembling doors in the factory during school holidays, to starting with John and now able to run jobs sites from Brisbane to Townsville. 10 years on and Mark is an integral part of the Door Doctors team. His knowledge of industrial doors is second to none. No job is beyond him and he’ll find a solution to your needs. The right product or correct repair, he is always able to help. 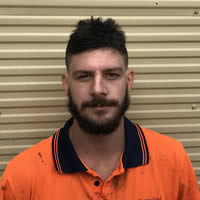 Brendan came to the Door Doctors in 2014 from an opposition company. With a strong background in domestic products and over 10 years’ experience he has become an asset to the Door Doctors. His knowledge and skills are of the highest in the industry. Nothing is ever a problem for him, customers often phone in to comment on his mannerism. 4 years on and Brendan has become an important member of our team. He can solve any issue with any door, motor or remote. Industrial through to domestic rest assured you’re in safe hands. 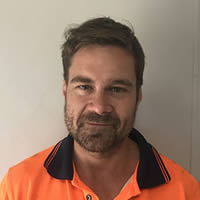 Barry is the newest member of our team, a welder in previous jobs, and a country boy. Barry has taken to the door game very quickly. From North Queensland originally, Barry has that NQ laid back approach to everything. Nothing is too much trouble for Barry and when he leaves your site, you will be quite happy with the result of the job done. Although the newest member he is fast becoming a very important member. 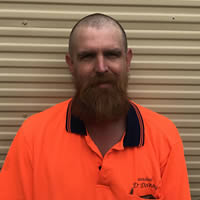 Steve came to the Door Doctors family at the start of 2018. With more experience than John, Steve has been in the Door game in Brisbane for decades. With an absolute wealth of product knowledge, it is a blessing to have him on board. He can diagnose almost anything over the phone. You will find that he is always easy to talk too and will always find you the right solution. Steve’s ability to estimate and diagnose means you’re in safe hands when you deal with the Door Doctors. 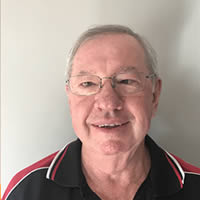